...and I´m the founder of Type 2 Diabetes Mastery.

Our mission is to help spread the awareness that Type 2 Diabetes is reversible, and to create solutions that help people do so.

We offer blog posts about Type 2 Diabetes. And you can find unique information about solutions to help lower and stabilize blood glucose (sugar) levels.

We also have an online coaching course for people who are ready to take action, and learn and experience How to achieve permanently stable blood sugar levels.

Also we have an informational guide with a proven strategy that works to permanently reverse Type 2 Diabetes. And is a good starting point of learning more in depth,  why and how Type 2 Diabetes is reversible, and what you need to do to accomplish that.

Feel free to browse through our pages here. And we hope you enjoy it! :) 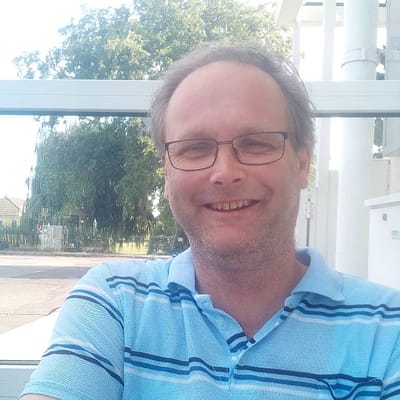 My journey with Type 2 diabetes began in 2007 where I was feeling miserable.

I went to the doctor who took a blood test and discovered that my blood sugar levels were much too high, and I was diagnosed with type 2 diabetes.

The diabetes doctors told me that since I have Type 2 diabetes my blood sugar would never be able to come down to the normal level. I was basically being told between the lines that it wasn’t curable.

They gave me a choice between taking pills or keeping my blood glucose levels low through diet. And was given the basic information that everyone gets who get diagnosed with diabetes, namely to let go of carbohydrates like potatoes, pasta and rice, and instead include more salad, vegetables and meat.

I choose the latter option, avoiding carbs like potatoes, white rice, pasta, and the like, and instead eating more vegetables and meat as they wouldn’t raise my blood sugar so high.

I was experiencing panic attacks and anxieties, absolutely horrible experiences I wouldn’t wish on anybody.

I went to my doctor who gave me metformin, but after taking only one pill that made me even more miserable I was desperate for an alternative solution to my high blood sugar so I began surfing the Internet looking for ways to do something for my diabetes.

First I came across an ad about a spice that would be beneficial in curing diabetes. The spice was cinnamon, and behind the ad was a program for how to reverse diabetes. I Immediately tried some cinnamon on a teaspoon with some water, and it did seem that my blood glucose went down a bit. I then bought the program and started using it. The program was basically a low carb diet, and exercise program, where you eat very little carbs the first month (20 grams per day to be exact), then add more carbs afterwards. By only eating 20 grams of carbs for a whole month, my body began to freeze. I was freezing cold because I had too little energy in my body to keep me warm. And so I stopped it. That didn’t work for me.

I found a few two more cures that were actually quite good, and was taught different things in each. But I could use both teachings to form a greater understanding of how diabetes work in the body and what to do about it.

One of the cures focused on the insulin to eat for low blood sugar and the other cure told me about the liver, and how it needed cleansing to function optimally, because when we have insulin resistance as I Type 2 diabetes we also have a non-alcoholic fatty liver.

That second cure program worked wonderfully and my blood sugar returned to normal, what my diabetes doctors said was impossible. But they did!

So I thought I was fully cured. And basically I just kept on a natural healthy diet, of course being aware of not overdoing fast carbs like bread and the like. My blood glucose levels stayed at the normal range 100 mg/dl for over a month, but eventually they started to rise again. Looking back at it I can see that it was because I began to eat just normal regular food, and in this there are foods that diabetics should not eat. Also, I stopped doing the liver cleansing after I finished that second cure plan.

At this point simply because I was interested i the liver and what role it plays in diabetes I began to research it. And here I learned a lot more. And in this connection I learned about food cravings, how they arise and what to do about them.

I could see that the reason my sugar rose was because of food cravings. So learning to keep those in check my blood sugar basically went down again.

But since then I have been researching on and off about healthy nutrition for diabetics so I could keep my blood sugar stable. And I must say that I have found a lot of good stuff, that has really helped me to this day 21.09.2021 to fully put my blood sugar into remission. And some of these tips I share here on these pages.

The purpose of my work

Read our blog
Get our book
Get in touch

Keep up with the most interesting

Our easy to follow online coaching program is a great solution if you want to get your blood sugar permanently stabilized ASAP.